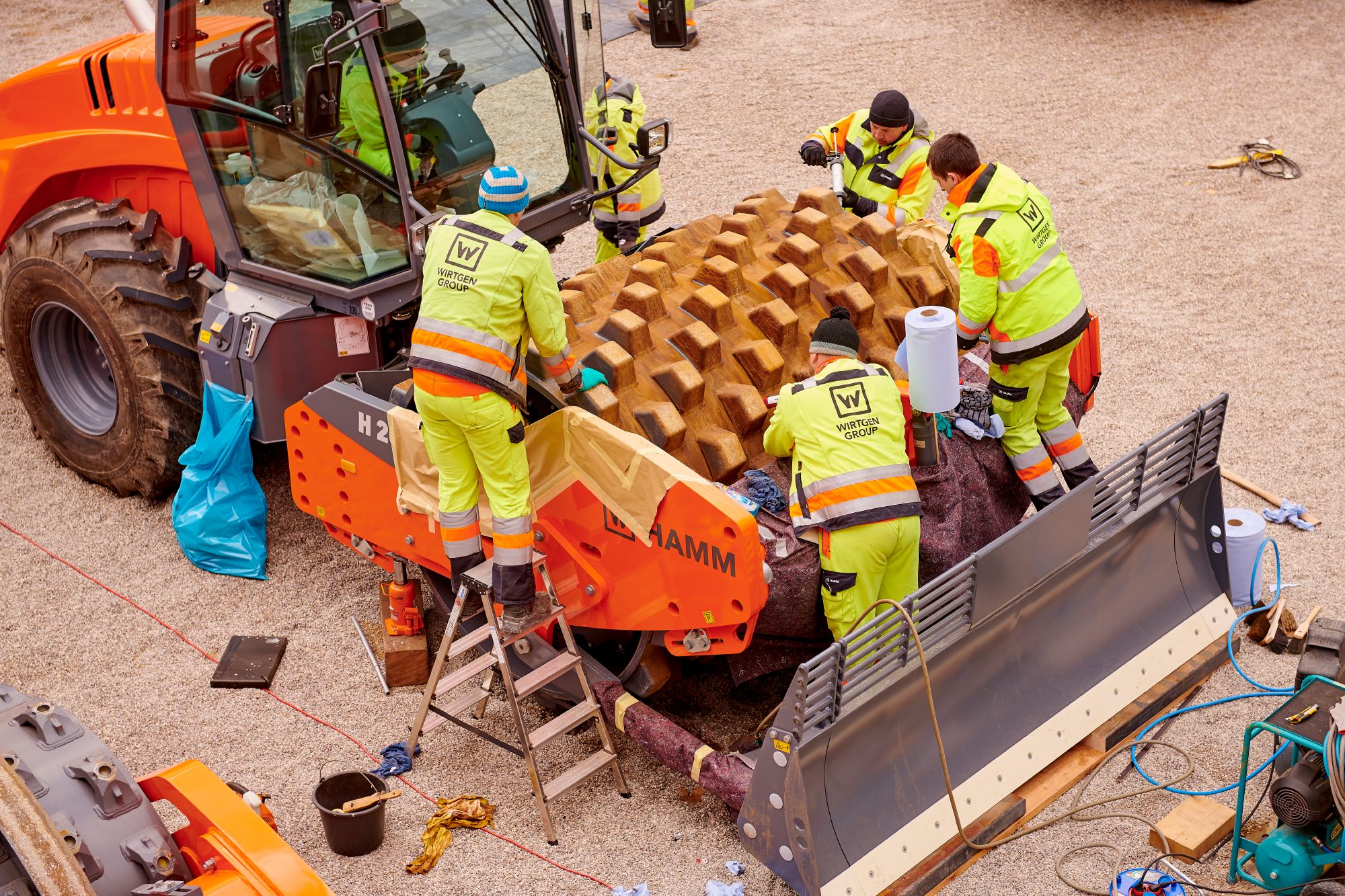 Construction processes and materials for the challenges of our time

Climate change, finite natural resources, the lack of specialist staff: the global construction machinery industry too must face up to today’s big problems. Modern construction processes and materials could be part of the solution. bauma, which will take place in Munich from October 24–30, 2022, will provide a comprehensive overview of the latest technologies and major developments in this area.

Sourcing and processing building materials, the construction process itself, maintenance and the demolition of buildings and other items of infrastructure result in significant carbon dioxide emissions. Cement production for example is responsible for eight percent of global CO2 emissions. According to the British think tank Chatham House, the cement industry would be the third largest CO2 emitter after China and the U.S. if it were a country. Only a third of the emissions results from burning fossil fuels such as coal or petroleum coke: the largest part is released when limestone is broken down as part of the process.

CCU and CCS in the cement industry

“If we want to make significant improvements here, some fundamental technological changes need to take place,” says Christoph Danner, an expert for construction machines and construction material systems at Verband Deutscher Maschinen- und Anlagenbau e. V. (VDMA). In his opinion, one option offering great potential is to capture CO2 and then use it (Carbon Capture and Utilization (CCU)) or to store it safely and on a permanent basis in deep-lying geological layers of rock (Carbon Capture and Storage (CCS)). “This way, 95 percent of the carbon dioxide released during cement production could be captured,” said Danner. The first CO2 capturing facility for cement production in Germany is currently being built in Rohrdorf. According to the plans, it will go into operation by the end of June 2022 and then capture two tons of carbon dioxide every day which can then be used by the regional chemical industry.

In addition to measures to protect the climate, the construction industry also faces calls to save raw materials in the future. In recent years, sand has become the focus of public attention. After all, it is the most widely used material yet it is becoming increasingly scarce. One way to conserve resources is to process demolition materials on location using modern crushing and screening technologies so that they can be reused there and then in new construction projects. “This will not only ease the burden on natural sources. It will also help to avoid transporting materials, greenhouse gas emissions, noise and air pollution in densely populated urban areas,” says Alexandre Marchetta, the President of the Committee for European Construction Equipment (CECE, Brussels).

As a further challenge, the global construction boom requires an increase in productivity. “Given the lack of specialist staff, this problem can no longer be solved simply by using ‘more people’,” says Tim-Oliver Müller, Director of Hauptverband der Deutschen Bauindustrie e.V. Instead, the focus should be on digital working methods, innovative products and machines and the opportunities offered by industrial and, increasingly, AI-assisted processes. “Areas which young people are interested in and which would increase not only productivity but also the attractiveness of the sector,” says Müller. In his opinion, modern construction machinery too plays an important role. “We are already seeing increasing numbers of apprentices who are learning to drive construction machines for example. This indicates that the profession is becoming much more attractive again. This is mainly down to the fact that driver cabins are becoming increasingly digital and more comfortable,” says the sector expert.

At the same time, the construction machinery industry is aiming to produce just as much or even more than before with fewer specialists. “Serial construction and 3D concrete printing offer opportunities for this,” says the VDMA expert Danner. He adds: “Serial construction has been an established process for many years. With largely ready-made construction products, it allows construction work to take place with fewer workers on site. Additive manufacturing which is becoming increasingly advanced will have a similar effect. Here, the use of printing robots allows staff savings.”

“The construction methods and materials of tomorrow” is one of the key topics at bauma. At the world’s leading trade fair for construction machinery, building material machines, mining machines, construction vehicles and construction equipment, key market players will present their latest solutions. The bauma Forum also provides an opportunity to discuss current trends.